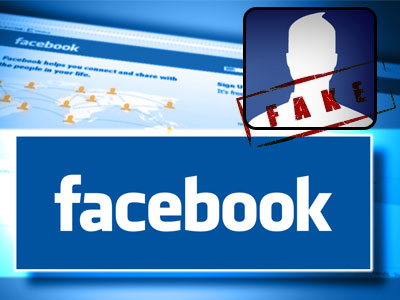 Simple Tips & Tricks to spot a Fake Facebook Account, Profile Pic: Presently, Facebook is the largest Social network giant on internet world. Each day people make new friends and interact with each other on Facebook. It has revolutionized the trend of ‘Pen Pal‘ into ‘Facebook buddy’. Talking to the core, Facebook has successfully encouraged globalization. But one must be suspicious about the rapidly changing trend to protect themselves from “Web Trapped”.

Despite the continuous effort of social network to wipe the fake accounts, there are almost 80 million fake profiles on Facebook. It counts to almost 6% of Facebook Population. Hence, Security on Facebook is always a wake up issue. So, it is important to spot the fake Facebook accounts (profile pic) before it gets too late.

Hmmm.. let me deduce the process to you at first. You get a friend request or friend suggestion from a hot guy/gal. You get curious/excited. You accept it without a utter. You start chatting. The closeness appears. You are on a cloud nine. Something miserable happens. You get caught by “Web trapped”. You broke your heart. Then, the play of dark feelings start. Anything worse can happen in this period. The ‘worse-ness’ depends on the effect of the trap. But at the end of the day, the result remains the same…. You regret being the butcher’s goat. Thus, it is better to act before than regret later. Though, there is no specific authorized procedure to detect fake Facebook account but I will tell you some simple tips & tricks to spot the fake Facebook Account or profile pic.

UPDATE FAKE FACEBOOK STATUS VIA I PHONE, BLACKBERRY OR I PAD.

– Check out the recent activity.

– The most important thing, Check the liked pages.

UNLIKE USELESS OR INACTIVEFACEBOOK PAGES THAT YOU HAVE LIKED BEFORE.

If the above tips does not help you much, then follow the below two tricks that would surely help you to spot a fake Facebook Account or Profile Pic:

– To upload the pic, You could either drag and drop the pic or copy paste the URL of the pic. To get the URL, right click on the pic. Select ‘Copy Image URL’ and paste it on the Google search bar.

FBchecker is a free application FB checker that quickly examines the authenticity of profiles by their profile pics. Though, this app has some limitations but it is worth the try. It is not compatible on Windows XP. It would only run on Windows Vista, 7 and 8. To know more about it, visit http://www.fbchecker.com/.

These were some simple tips and tricks to spot a fake Facebook account or profile. If you find a fake profile, do not forget to report to Facebook. It is better to act before than regret later. Stay safe, secure and happy Social web surfing. 🙂 To get much more tips and tricks of Facebook, Prefer Subscribing us and like our Facebook Page. Thank You.