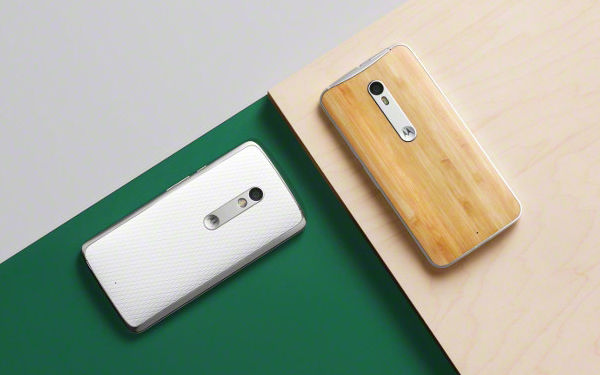 The wait is over, and no, there won’t be another Moto X 2015 which everyone has been expecting, because Motorola already released the successor of the original line, and it’s called Moto X Style. There’s another mid-range variant with a smaller display, called Moto X Play, but we won’t be talking about it. The company has been doing very well in the past three years, making enough money off the back of its Moto G, Moto E and Moto X smartphones, and we’re guessing that Motorola will come with many more successors for them. But let’s focus on the Moto X Style, which will hit the stores next month.

On October 30, 2014, Lenovo purchased Motorola Mobility from Google for $2.91 billion, buying it from Google, and thanks to its new strategy, the new owner will gain some credibility in the smartphone business. But this change won’t affect the production of the famous lines of Moto phones. They will be refined and you will probably agree that the previous models needed some visual improvements, which have been seen on the 2015 handsets. It all started with the addition of the vertically placed metal strip on the back of the Moto G, which made a good impression. It was obvious that the manufacturer was just testing fans’ reactions to this overhaul and after getting enough positive feedback, the company realized that this was a necessary and inspired change. And the Moto X Style (also known as Moto X Pure Edition in the US) really looks awesome, and below, we’ll provide a detailed description of it.

The Moto X 2014 came with a soft-touch plastic rear cover and with a metallic frame, but through the Moto Maker website, the users were able to customize/personalize the handset according to their preferences, selecting the color of the back panel, the material, the wallpaper, etc. For the new Moto X Style, Motorola added three metal frame finishes, which are grey, silver and gold, and it brought seven accent colors for the metal strip (which houses the camera module, the flash and the M logo engraved inside the popular dimple), the camera lens, physical keys etc.

The entry level model features a silicon backing with an interesting texture that makes the phone more grippable. But, via the customization program, users can order other expensive finish options, such as leather or wood. The device doesn’t look bulky, but it’s well proportioned, although it’s kind of thick at 11.1mm. The back has a slight curvature and a dip at the top, while the front side features the two horizontal bars from its predecessor, which are shorter.

The display is LCD and is 5.7inches, being upgraded from 5.2inches (AMOLED). Also, it supports QHD (1440×2560) resolution, which results in a pixel density of 520ppi, and it’s very sharp and has wide angles.

Fans were hoping to see the latest Snapdragon 810 octa core processor, but instead, Motorola equipped the Moto X Style with a weaker hexa core Snapdragon 808 processor clocked at 1.8GHz, which was coupled with Adreno 418 graphics and 3GB of RAM. The phone isn’t as fast as the HTC One M9, but it offers the same performance as the LG G4. You won’t experience any pauses or lags when swiping around the interface, and the good news is that the phone received the latest Android Lollipop 5.1.1 version.

The rear camera was upgraded to 21MP and it features an aperture of f/2.0, phase-detect autofocus, dual-LED flash, HDR, 4K video at 30fps, slow motion recording and 4X digital zoom. According to the DxOMark test, the flash performance obtained a score of 76 out of 100 and the scores for natural scenes were: Texture – 5.0/5 (bright light) and 3.5/5 (low light), and Noise – 4.3/5 (bright light) and 3.2/5 (low light). The front camera of 5MP does a great job as well, because it features an f/2.0 aperture and LED flash.

The Moto X Style is powered by a 3000mAh cell, which promises to last an entire day under mixed usage. Most of the new Android phones have a similar lifespan, but the Moto X Style has an ace up its sleeve – the Turbo Charging feature which extends the life up to 8-10 hours if you let the phone charge for 15 minutes. The hexa core processor shouldn’t drain the battery too fast, but the screen is too large and hungry for juice.

The Moto X Style is available in three storage options and you can choose between these variants with capacities of 16, 32 or 64GB, but you can also add a microSD card and get up to 128GB.

The new Moto X 2015 will be officially released in September and will cost $399.