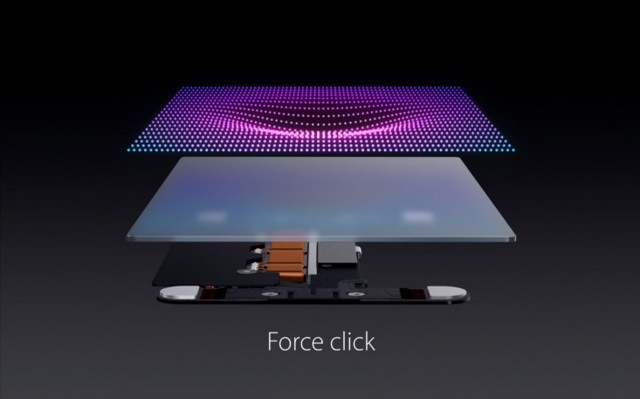 Almost nine months have passed since the release of the iPhone 6 and 6 Plus and the internet is already making bets on the upcoming iPhone. There are two variants: Apple will either move on with the iPhone 7, which will be totally different from its predecessor, or the company will announce the iPhone 6S and 6S Plus, with a revamped design and improved specs.

Good things come to those who wait, and Apple’s fans are still waiting for a confirmation regarding the upcoming iPhone, if it will be a continuation to the iPhone 6 and become a part of the “S” series, benefiting from minor improvements, or it will be named iPhone 7 and it will integrate Force Touch technology and will have additional features for its camera.

No matter if it’s called the iPhone 6S or iPhone 7, the smartphone is rumored to include a faster Apple A9 processor backed by 2GB of LPDDR4 RAM, it will have a rear camera with a resolution of 12MP and it will be available in a new color option: rose gold. The device will have a pressure-sensitive touchscreen, using Force Touch, which was introduced on the Apple Watch and the Touch ID will get a quicker fingerprint scanner. Also, the display is supposed to have improved Sapphire Glass and this will make the device more robust. Regarding the size of the screen, well, there are some reports from UDN and Tech News which pointed out that Apple was pleased with the sales of the iPhone 6 and 6 Plus, and will make two successors with the same dimensions: 4.7inches and 5.5inches, whose production will begin the middle of August.

It’s a bit odd that Samsung came with another approach in matter of design, opting for a glass and metal exterior for its Galaxy S6 and S6 Edge models and the fans absolutely loved them, since the previous flagship drew criticism for the ugly dotted pattern. Until now, Apple used a glass back on the iPhone 4 and 4S, but there were many unsatisfied customers who accidentally cracked their phones’ rear panel and had to spend a lot of money to replace the cover. This is one of the reasons why Apple doesn’t want to return to this design and will keep using aluminum, but if there is a big enough demand, they may change their mind and give their fans what they want.

The new iPhone will feature new technology called Force Touch, which was developed for the Apple smartwatch and which will make its way to the upcoming flagship. The Force Touch displays are able to differentiate between a soft and a heavy touch, according to the level of pressure and will trigger various functions, helping the users to interact better with their devices.

Also, there is also speculation as to whether Apple is working on a new “3D touch technology” and will utilize touch sensors from Avago Tech, the company that collaborated with Nintendo for the Wii consoles. A particular report indicated that Apple has a pattern that can “simultaneously identify multiple fingerprint recognition technology panels” and “gesture control technology” was also mentioned.

It is believed that Apple will transfer the functions from the Home button into the display surround like on the Apple Watch. As for the fingerprint scanner, Apple is planning to put it below the display glass. Also, the Wall Street Journal is pretty sure that Apple won’t increase the screen resolution, meaning that it will be kept at 1080p.

Updates for the camera

Phone Arena cited sources in Apple’s supply chain and mentioned that the company has worked pretty hard on the camera software. What is intriguing is the fact that the resolution might not change, according to some reports from Asia, and Jeff Pu is one of the analysts that are backing this information, saying that Largan Precision Co., which is Apple’s major camera lens supplier, has difficulties advancing in the industry, because the transition to higher-res cameras is happening too slowly. However, apparently, Apple made a move by buying Israeli imaging firm LinX, a company that creates small camera units for phone that can deliver DLSR-like image quality. Apple doesn’t like to confirm its acquisitions, even if the clues are clear, but it slips some vague responses, saying that it may have acquired small companies.

The new operating system will be a lot more stable and poor in new features. iOS 8 had its stability compromised and Apple had to release many “patch” updates to fix bugs and all kinds of issues, so iOS 9, which is codenamed Monarch, will benefit from many under-the-hood improvements. The developers will try to make the platform as small as possible, to fit into iDevices with an internal memory of 16GB.

According to Ming-Chi Kuo, an analyst with KGI Securities, in 2015, Touch ID module shipments will grow up to 262 million, an increase of 12.4 percent. The fingerprint scanner will offer a safer Apple Pay user experience because the reading errors will be removed completely.

How Altcoins Are Changing The Online Gambling Industry

How to Exchange Cryptocurrencies into Real Money