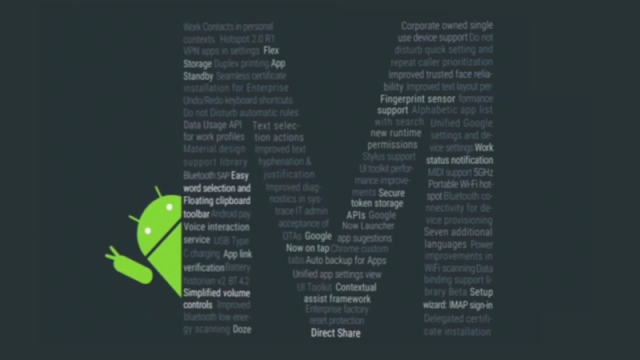 Google has finally released its Android 6.0 Marshmallow, an OS that many Nexus devices will receive soon enough. However, the owners of the Nexus devices will need to wait for the carriers to release the update for their devices and this might take quite some time, depending on the region they live in and the carrier they are connected to.

This is the reason why today we’re going to teach you how to manually install the Android 6.0 Marshmallow on your Nexus device without waiting for the OTA (over-the-air) update.

HINT: Make sure that you back up all your important files before going further!

In order to manually update a Nexus device, you will need to unlock the bootloader and during this process, your device will be wiped. Keep in mind that Contacts and Applications should automatically restore themselves once you log into your Google account, but anything else will be irretrievable.

How To Install Android 6.0 Marshmallow On A Nexus Device

If you own a PC that runs on Windows OS, you can manually install updates on a Nexus device by using an application called “Nexus Root Toolkit”. This application was developed by Wugfresh, which provides a nice user friendly interface for the whole process.

If you don’t own a PC that runs on Windows OS or if you don’t want to use the Nexus Root Toolkit, you can manually update the Nexus device. First of all, you will need to download the update from the internet, install ADB and Fastboot on your computer and type a few commands. Below we’re going to give you all the steps that you need to take in order to install Android 6.0 Marshmallow on your Nexus device using ADB & Fastboot commands.

After doing that, you will notice that there is another archive inside it (a TAR file). You will need to extract the contents of that archive as well, open the folder it creates and copy everything that you find there to the “platform-tools” folder.

Enabling USB Debugging and OEM Unlock On Your Nexus device

Before you install the factory images that you’ve just downloaded, you will need to enable an option that allows your Nexus to connect on your computer. This feature is found in the Developer option, which is hidden by default. To activate the hidden menu on your device, go to your Nexus’ Settings->About device and search for “Build Number”. Once you find the “Build Number” tap on it 7 times and you will enable the “Developer Option” menu. After that, go to Settings->Developer Options and enable “USB Debugging” setting. If you own a newer device such as the Nexus 6, you will also need to activate the “Enable OEM Unlock” setting, which allows you to unlock the bootloader.

Now, you will need to unlock the bootloader on your Nexus device so that you can manually update it to the Android 6.0 Marshmallow. So, plug the device into your computer using an USB data cable and open the command window and enter the following commands if you are using a desktop PC that runs on Linux or Windows (make sure that you are in the adb folder):

– adb reboot-bootloader (if you are using a Mac, you will need to use “./” in front of any command)
– fastboot oem unlock.

You will notice that your mobile device will ask you if you want to unlock the bootloader. Press the volume up button once to select “Yes” and, after that, press the “Power” button to confirm it. Keep in mind that this process might take a few minutes, so just wait until the unlocking process is finished.

Now you will need to install the Android 6.0 Marshmallow on your Android device. With the terminal open in the folder where you have ADB installed type the following commands:

After typing all these commands, your Nexus device will automatically reboot to the Android 6.0 Marshmallow. Keep in mind that the first boot will take longer than normal, but if it stays too much on the boot name (more than 5 minutes), simply unplug the device from your computer and press+hold the “Power Button” to force reboot the Nexus.