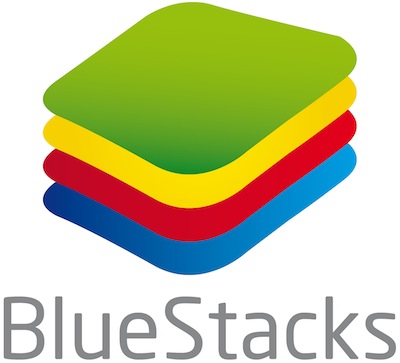 Bluestacks is an emulator application, which can emulate android environment on selected desktop operating systems including Windows and Mac. Ok! So this might sound a bit unusual as who would want to try out mobile OS on their computers? Well you might be wanting to do this as you liked some android app/game, but you can’t run on your device or want to experience it on a bigger screen. It is one of the most popular android emulators available today, set back by its glitchy interface and lagging performance.

Bluestacks requires at least 2 GB of RAM and 9GB disk space, thus make sure to fulfil its primary requirements before installing it on your desktop. Firstly you will need to download Bluestacks, then install it. Installation is simple as comes in an installer package, which would download its files using your internet connection. Installation will hopefully complete in 10-15 minutes depending on the speed of your connection.

When opened for the first time, it takes around 5-10 minutes to start up. Keeping in view the users reviews, there are times when Bluestacks doesn’t start and nothing goes further beyond the start screen. In such case you should reinstall it; in case issue is still not resolved, it is probable that your Bluestacks doesn’t support your system.

Post installation you will be required to link your Google account, so as to access Play store. There are various inbuilt applications including Facebook, 1Mobile market, Gamepop, twitter and Swift Camera HD. Another which have been observed in this emulator is in Playstore. Initially Playstore is absent in the newer versions, you will need to download it; this is called as a ‘Recipe’. This recipe takes a lot of time, somehow if gets completed results in nothing. To get rid of this and save time, just download it from external websites.

If you are expecting an android interface, similar to touchwiz of any other; this you will be disappointed. Bluestacks possess a completely different interface, which is quite confusing. It features a tabbed interface containing to main tabs viz search and all apps. Although you can see several apps in between, these are the apps which are installed in your system. Below this section you can find the recommended applications, which you can download by simply clicking on it. Clicking on it will further take you to Playstore, from where you can download respective app. This is the only way you can install an application from within the emulator.

Bluestacks works fine on an average built system configuration, however if you are thinking of having some hard core gaming then it might disappoint you. When tested on Intel’s i5 third gen processor with 2 GB RAM, most of the games including temple run, subway surfers, clash of clans etc. run quite smoothly. However graphics intense games like Dead Trigger 2, Batman Arkham Origins etc. was found to have several glitches including invisible text overlays, sudden freeze outs, excessive load times etc.

Most of the apps including WhatsApp ran superfluous, when tested on the same system configuration all the features worked smoothly including voice calls. In case of gaming some fixes might improve the performance.