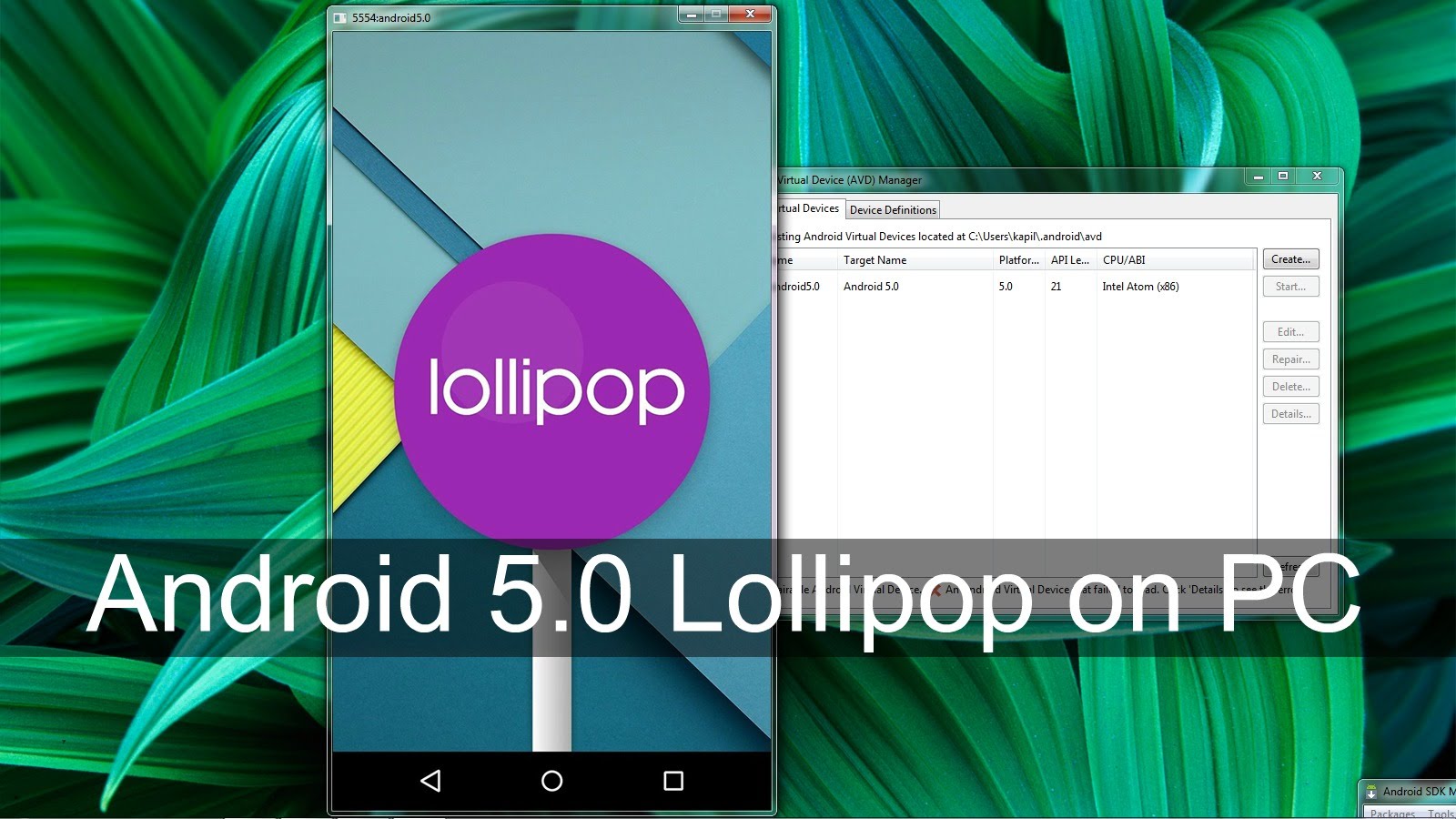 As you may already know, BlueStacks is a very popular Android emulator. However, the emulator we’re going to use today will get you to the next level, by allowing you to run the entire Android operating system on your desktop PC.

First of all, download the Android SDK (.exe or .zip) from android.com. Keep in mind that in order to install this file on your computer you will need to have the Java Development Kit installed on your computer.

Now, open the Android SDK manager and check only the following packages:

After you’ve checked these two packages, click on install packages and accept to confirm the installation.

– AVD Name: here you can put the name of the emulator, for example “Lollipop”
– Device: choose whatever Google device you want to emulate. We suggest you select Nexus 5
– Target: This is the Android version you want to install. This will vary on what version is released at the time you read this article. Right now you can install Android 5.1.1 but some reports say that it doesn’t work, so we suggest you to stick to Android 5.0.1
– CPU: Here you will need to select “ARM”
– Skin: here select “Skin with dynamic hardware controls”
– RAM: Depending on how much RAM you have on your computer. If you have over 4GB, we suggest you use 1GB of RAM, so that the emulator can run smoothly
– Leave the others with the default values and click “ok”.

Now that you’ve created your emulator on the AVD Manager, select it from the list and click on “Start” in order to run it. The first startup will usually take a few minutes as it will install Android Lollipop on your computer. In order to select the preferred size, go to Launch Options and select “Scale to display real size” and, after that, set the size that you want.

That’s it, now you have Android 5.0.1 Lollipop installed on your computer. Now you can see the new Material Design and all the new features that this new Android version comes with!