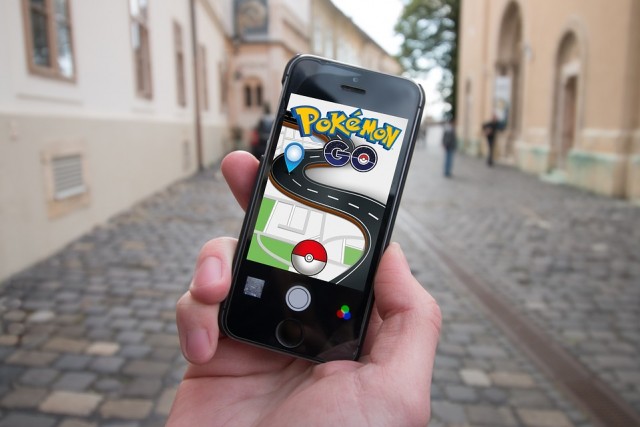 Gaming on smartphones is big business. Despite evolving from the tried-and-tested mobile phones, smartphones have become their own different class of beasts, and have been integrated into our daily lives for nigh on a decade now. We rely on our smartphones for a variety of different resources, not least of all phone calls and texts; though there’s so much more to smartphones than just communication. For many, their primary use is as a social media hub; indispensable contemporary apps such as Facebook and Instagram are used (almost exclusively in the latter’s case) through our smartphones, as are major sites like Twitter and Youtube. But for all the popularity of social media, the emerging behemoth industry on the smartphone is gaming.

Gaming on smartphones, as on consoles and computers, is big business. The upward swing of smartphone gaming looks set to continue for many years to come, as giants of the industry like Sony and Nintendo eye up a transition to smartphone gaming. It’s most definitely the way of the future. But this isn’t news to thousands of devoted gaming fans who already indulge their hobby on their smartphones. There are countless gaming apps out there, some better than others, but rest assured, whatever genre of game you love, you can find an iteration of it on your phone. Whether it’s magical RPGs, addictive puzzle games, gambling apps so intense you need a roulette guide or simply the latest iteration of the timeless classic Snake, your smartphone can game ’em all. Each person has their favourites, but whichever flag you fly, there are some games that no true gamer worth their salt would be caught without.

The franchise that took to world by storm in the late nineties saw a wildfire resurgence in 2015 with the advent of its smartphone-based Pokémon GO. This new iteration of an old favourite (though the main series, which includes seven generations of pocket monsters, is still going strong) sees the player attempting to catch Pokémon in real life – kind of. The cuddly critters appear all over the place, and all you have to do it sing your smartphone around to find them. Although the initial game included only the original 150 ‘mons, a recent update saw an expansion into the Generation II Gold and Silver series, which will no doubt keep would-be Pokémon Champions busy for another year. With 802 Pokémon currently in existence, you can expect Pokémon GO to be a true gamer’s staple for a long time to come.

While a smartphone might not be the most first format you think of when considering an RPG, there are many quality games out there working hard to change that impression. One of the most respected (and most played) of these is Shadowrun: Dragonfall. Released in fall 2014, the RPG smash continues to be one of the popular games available on iPhone and Android. As is common with RPGs, there’s an epic story behind Dragonfall, which lands somewhere between Lord of the Rings and The Matrix. It’s the year 2054, and unchecked advances in the technological world have blurred the line between man and machine. Trolls and elves roam the land of Berlin, where a shady, anarchy-like government known as the Flux State has seized power. You are thrust into this strange, exciting land and must protect against the second coming of the great and terrible Hitler-esque dragon, Feuerschwinge, has seized power. It’s all thrilling stuff which has gripped gamers around the world, and one of the few examples of a wildly successful smartphone port of a PC-designed game.

3 – The Binding of Isaac: Rebirth

From the creator of the smash indie hit (and subject of awesome documentary Indie Game) Super Meat Boy comes a red hot sequel that has enthralled gamers everywhere: The Binding of Isaac. Originally released on PC, Isaac was unbound onto smartphones earlier this year and, like its predecessor, proved to be an instant roaring success. It takes the form of an early ‘Legend of Zelda’ style dungeon explorer, and concerns the exploits of  Isaac, as he gains all sorts of superhuman abilities and tries to free himself from a mysterious prison. The Rebirth version is an updated instalment of the original, with an all-new game engine and beautiful hand drawn artwork, featuring 500 plus hours of gameplay for seriously hardcore gamers.

Monument Valley was (and still is) a wildly successful addition to the smartphone game pantheon, and the newly released sequel is equally, if not more, good. The world of Monument Valley is a world crammed full of magical and enthralling architecture. You play as a mother and daughter combo, who must navigate their way through this enchanted land, solving a series of puzzles and conundrums as they go. Essentially, you must manipulate the architecture so that the pair can reach their assigned goal; while this sounds simple, the game works on so many levels, and the whole becomes more than the sum of its parts. The graphics are damn near mesmerising; the score is perfectly suited to the magical realm, while the gameplay is addictive and challenging. This intoxicating mix of elements means you, along with gamers all over the world, will want to dip in and out of Monument Valley for many many months to come.

A bloodstained tribute to VHS-era horror films, Slayaway Camp is a puzzler with a grisly heart. Combining mind-bending puzzles with a hilariously cute yet extremely gory art style, this game has been slaying the competition and climbing up gamers’ charts across the globe. Everyone loves a nice cheesy scary movie, and everyone loves a tough puzzle; the secret for this game’s success is pretty obvious when you look at the ingredients. Lovable, colourful characters get ripped limb from limb, spraying claret all over the game’s levels as they go, and best of all, it’s your job to kill them all. You’ve got to mass murder every living thing in sight, then make sure they’re all dismembered before legging it to the nearest hell portal. It’s camp, bloody fun which might just be gory enough to ward off those with a sensitive stomach; which is all part of its charm.